Beretta’s A400 Xtreme Plus – the best waterfowl gun just got better! 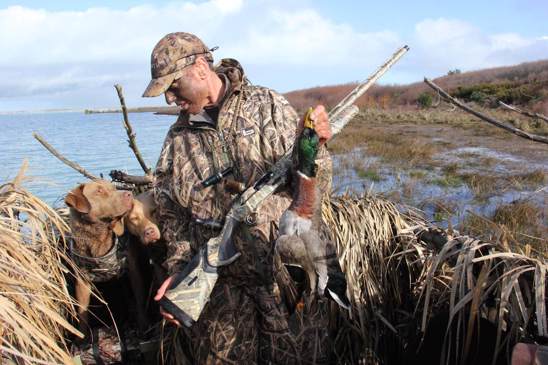 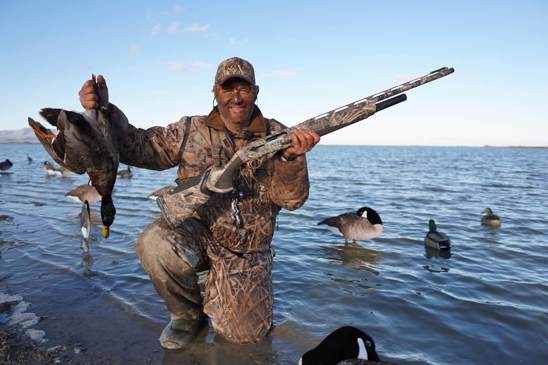 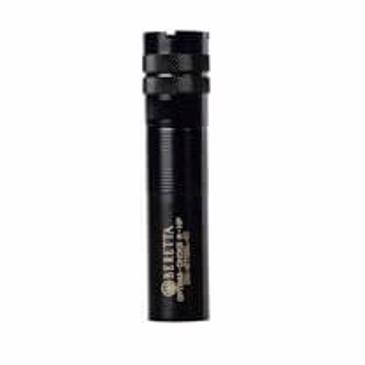 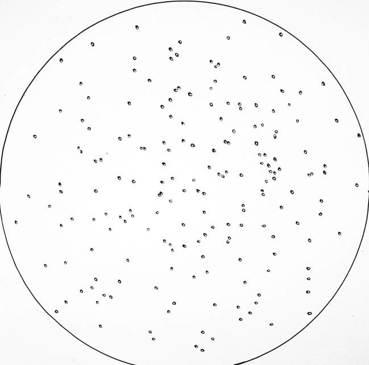 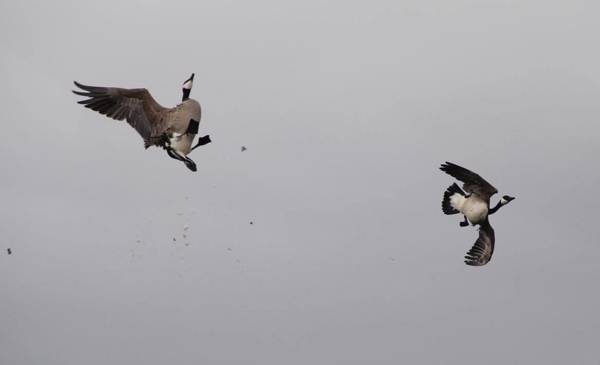 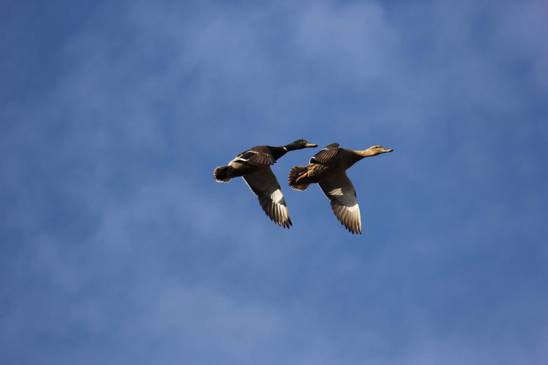 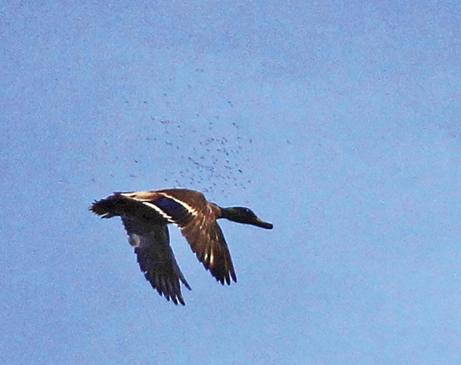 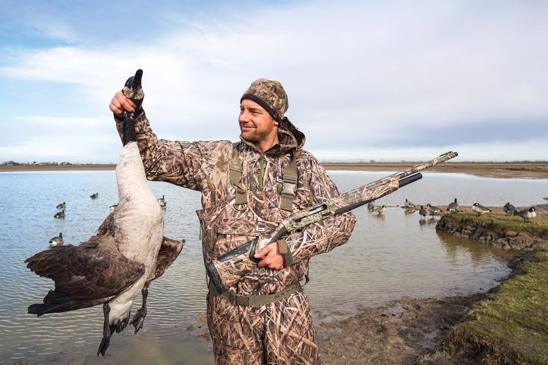 All New Zealand waterfowlers will have heard of the Beretta Xtrema/Xtreme series of shotguns – they are recognised as the pinnacle of waterfowl gunning technology worldwide.

It all began with the original Xtrema back around 2000, designed as the premier waterfowling gun to shoot the big 3½” steel shells. Then came the Xtrema2, and in 2012 a total revamp called the A400 Xtreme, which has been our waterfowling gun of choice ever since. When Ziggy from Beretta NZ said he was bringing down the new A400 Xtreme Plus to shoot with us for the closing week of the 2018 season, I must admit I was fairly nonplussed. Our 6 year old A400s had performed so reliably through much abuse and only very occasional cleaning that I was struggling to see what could be improved upon to the extent Beretta could tempt me into a new model. So let’s look at the new A400 Xtreme Plus and see what they’ve improved on - and finally, see if they managed to prise my faithful old A400 out of my cold, wet waterfowlers hands!

We won’t go over the A400 in great detail (look up the testfire in Issue 28, April/May 2012 for a full write-up), but we’ll just quickly run through the main features that have made it a standout for the last 7 years. Firstly, it is a gas operating semi with Beretta’s unique Kick-Off system that puts recoil dampening between the receiver and the butt stock – reducing the felt recoil to the shooter’s shoulder and cheek by a massive amount. There are three shock absorbers in total - the first two hydraulic dampeners separate the pistol grip from the rest of the butt stock (Beretta call these Kick-Off Mega), then the 3rd hydraulic dampener softens the second recoil peak when the rapidly rearward travelling bolt hits its stop before the return spring around the mag tube propels it forward again (called Kick-Off³.) This system has made the A400 arguably the softest shooting shotgun on the market, which is a huge deal for a shotgun designed to shoot the heaviest payload, hardest recoiling, 3½” non-toxic waterfowl loads. The second most important feature is the bolt return spring is around the magazine tube in the forend – not out of sight and hard to get at in a tube in the butt stock like most semis. This is a perennial reliability issue with waterfowling guns that often sit butt down in water in the bottom of boats/maimais etc often in brackish water, causing a corrosion issue that always seems to let you down at the worst possible time. These two features alone make the A400s the king of waterfowl guns in my opinion.

The A400 Xtreme has an interchangeable stock spacer system to vary length of pull, and also a set of shims that went between the receiver and butt stock to adjust cast and drop to suit the individual.

It has the quarter turn quickly removable B-Lock forend cap system, and yet you can remove it and screw on a magazine extension if required. The oversize reversible safety button is mounted in the best place in front of the trigger guard. The fast and reliable “Blink” gas system cycles all shells from the shortest 65mm to the longest 89mm (3½”), with payloads from 7/8oz to 2 ¼ oz.

Ok, now to the new Xtreme Plus, how have they improved on our old reliable? Firstly, they have included a soft, closed cell high tech foam pad on top of the comb (an idea shared with some Benellis). This is the final piece in their state of the art recoil reduction system. For many people, felt recoil into the cheek is actually more off-putting and affects their shooting more than into the shoulder. The Kick-Off system separating receiver and butt eliminates most of this issue, but now having this soft insert takes care of any remaining recoil that does transfer through the Kick-Off dampeners. Secondly, they have lengthened the forcing cone from the chamber to the 18.6mm over-bored barrel, to a whopping 360mm/14”! (Forcing cones used to be around half an inch in the early lead shot days!) This allows an even smoother payload transition from cartridge to bore which not only improves patterns but reduces felt recoil even more. Barrels with this feature they call “Stellium Plus”.

Receiver wise, they have enlarged the loading port, cocking handle and bolt release. This is all to allow easier operation with cold hands or with gloves on. They have also lengthened and squared off the end of the shell lifter to minimise getting your thumbnail or the tip of your glove caught in the lifter as you push shells into the magazine. The magazine follower is now bright green, so you can see at a glance whether the magazine is empty or not.

The barrel now sports a raised, stepped rib – about 3mm higher than the old model.

Now I wasn’t that much of a fan of the look of raised ribs, but I’ve since discovered something about using one. Over the years, other than missing behind (which most of us do from time to time – no matter how experienced), the next most often encountered mistake in game shooting where you start with a dismounted gun, is shooting over the top of the bird. Simply, the rear sight of a shotgun is your head/eye height. If your head is too low, you shoot low. If your head is too high, you shoot high. This is why comb height and head position are so important in wing shooting. Most modern shotguns are set up comb height wise that your head needs to be hard down on the comb to look along the barrel. Unless you have absolutely no neck, once the butt is up sitting in the correct pocket on your shoulder, you will need to drop your head forward on to the stock to achieve the correct sight picture - and this is even more so for long necked huas like me. It’s all very well shooting DTL (down the line or trap shooting) or American style skeet where you pre-mount the gun and make sure you are looking right along the rib before you call for the target. With waterfowling there is no such luxury. You are often wearing bulky clothing, jumping up and turning towards the bird - possibly even sitting up if in a layout blind - and mounting your shotgun all at the same time. So many times I’ve seen shooter’s heads floating around up in the breeze above an often not quite fully mounted gun while their shots sail harmlessly over the top of the bird. Usually they can’t understand why they missed, and they start over or under leading trying to sort the issue, when it was actually a height issue not a behind or in-front issue. So what the high stepped rib allows you to do is keep a higher head position while still aligning well with the barrel, and reducing the propensity to shoot over the top!

The last addition to the Xtreme Plus is five extended choke tubes. These are knurled on the end for ease of tightening/removal, and the constriction is also clearly visible. The old model came with just three flush mount tubes.

Pattern testing with our favourite Federal waterfowl loads, I wasn’t surprised to see some of the most consistently even and dense patterns for the constrictions I’ve shot. All the technology in this gun could only but produce the goods. Our standard waterfowl load and choke is the Federal 1¼ oz steel 3s (Speed Shok and Black Cloud) doing 1400fps through a half or modified choke. See the Speed Shok pattern photo below. This load contains 197 pellets, and the Xtreme Plus managed to put 182 of them into the 30 inch circle at 40 yards – an unbelievably dense and even 92% pattern. Now the average wasn’t quite that high thankfully, but it was very consistent. This gun throws killer patterns with good ammo!

We gave these Xtreme Plus models a pretty good workout over the 10 day closing week of the 2018 season, including in some atrocious weather that only the most passionate hunter would even be out in. Of course as expected they never missed a beat, and the oversize and redesigned controls proved much easier to operate in the cold. They proved to be the softest shotgun yet with the big steel shells, but just as importantly, I really did feel the more upright head position allowed me to shoot as consistently as I can remember for a long time. The only thing I can fault Beretta on was the fact they left the magazine cut-off out of the new model. Not everyone used it, but we felt I was a worthwhile addition.

So in conclusion, have they managed to convert me to the new model? Absolutely! After the way I shot over closing week of the 2018 season, there is no going back!