Since his first days pacing around the Kaweka’s with those signature long legs swinging and a pack on his back, Greg was set for a life of hunting.

Fiona visited New Zealand in 1985 and was soon enamored with our incredible backcountry and quite simply never left.

Through a working life based in the Hawkes Bay, never far from their beloved Kawekas, and dotted with farming, fencing, shearing, winegrowing, orcharding, meat hunting, guiding, gun building and now ultimately professional hunting across print and screen media Greg and Fi are a font of hunting knowledge. I’ve met no one with knowledge as comprehensive as Greg’s, his razor sharp mind and practical knowledge and experience are unsurpassed in my experience of the hunting industry. In addition, whenever anyone asks what hunting with Greg is like, I’ve always replied that if there was an Olympics for hill walking, Greg would win gold every time. With Willie getting silver and Fi bronze, they’re a hard family to keep up with!

In 2007 Greg and Fi realised they could do things better. With their incredible hunting passion they knew they could provide a superior product, more trustworthy advice, and better help grassroots Kiwi hunters. They backed themselves and created “NZ Hunter”. From that first magazine to now, NZ Hunter has been at the cutting edge of New Zealand hunting media, simply because we surround ourselves with the best in the business. The trustworthy guys and girls who know their craft and have the knack of passing on that learning and the supportive team of advertisers (many of whom are keen hunters themselves) who enable us to bring that to you. 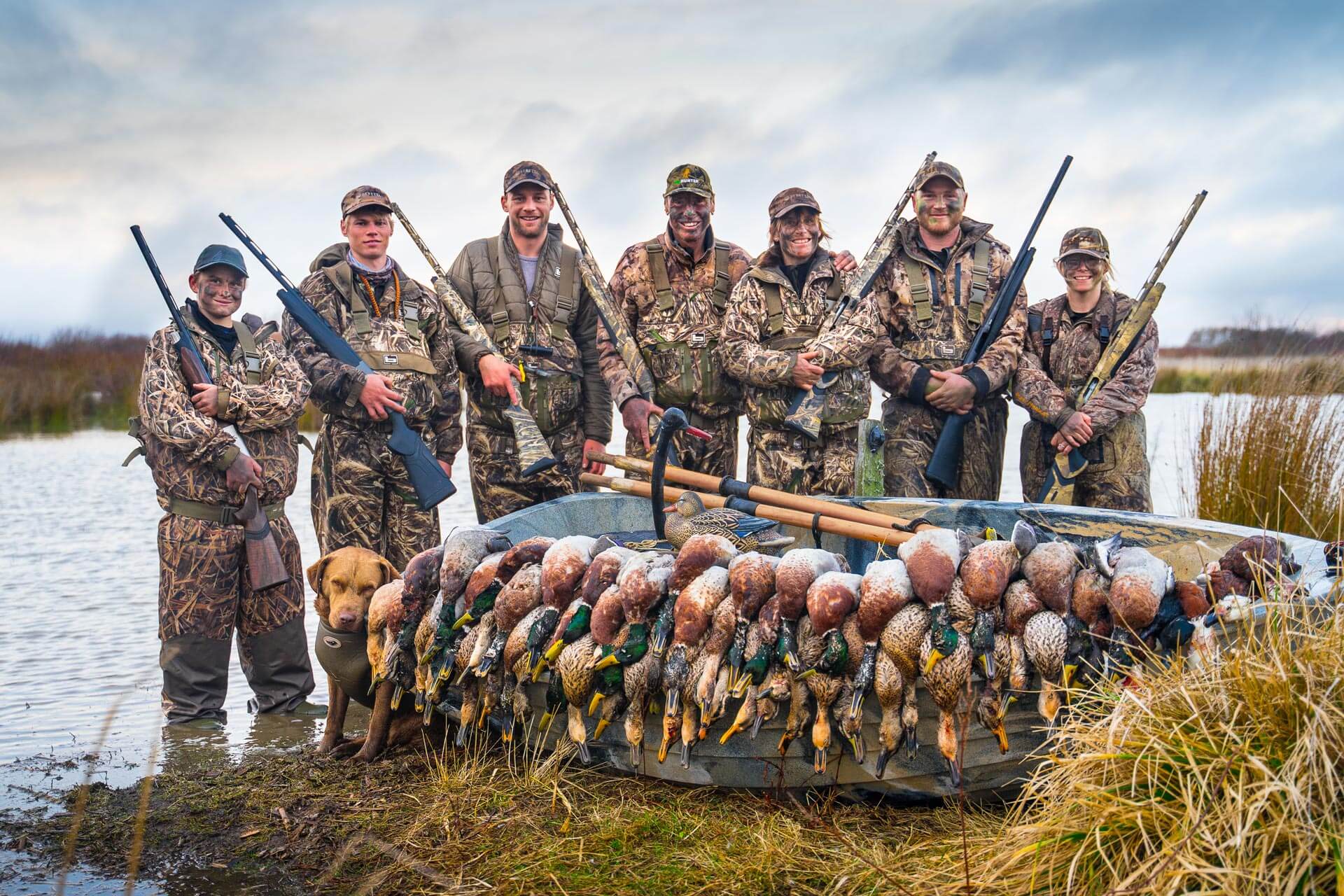 Fast forward a few years and with Willie on board the team decided to push the boundaries again, to shake up another industry

Still following the same philosophy that they could do it better, showing real hunting to a lot of New Zealanders who don’t understand what we actually have in our mountains. In 2013 NZ Hunter Adventures began and hasn’t looked back. With viewers now exceeding 2 million it’s hard not to shake your head in wonder at how dedicated people can make things happen. If you ever want a laugh just ask Willie about how humble their TV Show beginnings were, from camcorders taped to spotting scopes to filming their entire Season 1 before speaking to sponsors or finding a TV channel that would actually screen it!

Another few years into production a lost Danish hunter by the name of Emil Hansen came on the scene. He was unwise in the way of the Duleys and foolishly signed on to be their cameraman/packhorse. He has thrown himself in to developing his camera skills and grown an unshakable and dogged never-say-die attitude on the hill, adding his own mark and flavour to the TV show. He is unreasonably fearless on craggy mountains for a European who grew up on an island where the highest mountain is 170m asl!

In 2016 the demands of the magazine, TV show, a growing social media presence as well as the truly countless hours of hunting advocacy grew too much. Willie began looking around for a passionate backcountry hunter to join the team and help out with the magazine. This is where I stepped in, a practicing engineering geologist who was struggling with the yoke professional life places on a time-hungry hunter. With a passion for photography and a bookworm since a young age, not to mention experience chasing all of our big game species and a growing interest (re-kindled since meeting the waterfowl mad Duleys) in game bird hunting, I was a perfect fit for the magazine. I left my degree behind and taught myself the arcane art of magazine production! I’m very fortunate to have been welcomed in to the NZ Hunter family, a dynamic whirlwind of a workplace but I love every second of it.

Now, in 2020, we’ve faced pandemics, recession and a seemingly unending political battle to secure a future for our game animals and hunting for our children. What you can guarantee from the NZ Hunter team is the best hunting stories and technical information from the people most qualified to write or film it, and undying advocacy for our way of life. Within our own small crew we each bring strengths and perspectives that I feel make us a comprehensive, well-rounded, and extremely busy team. There is never a dull moment at NZ Hunter! 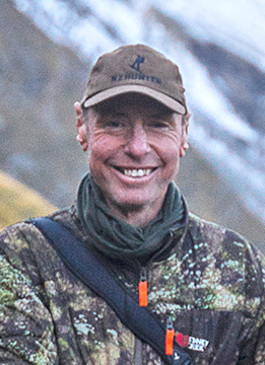 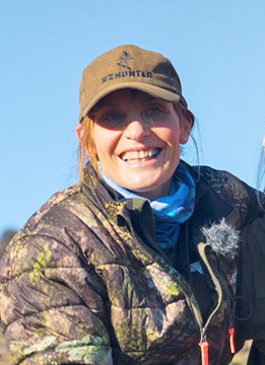 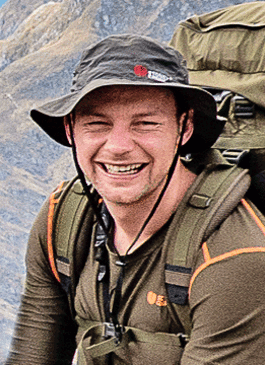 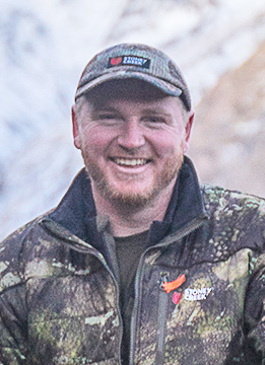 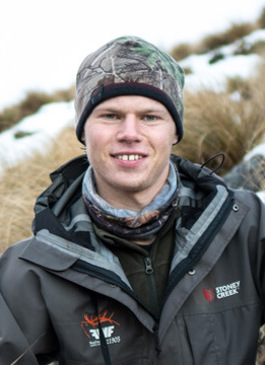 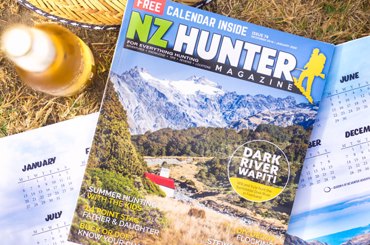 NZ Hunter is a family owned business and we have been producing Magazines for the adventurous New Zealand hunter for more than 12 years.  We are the largest selling publication within the outdoor segment and an industry leader. Our quality and innovation is a key reason we have such a loyal readership. 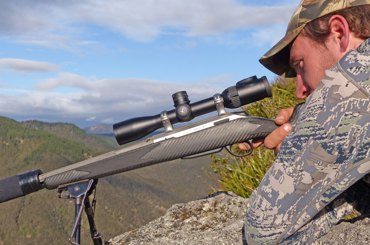 You can easily subscribe to our printed magazine, plus if you are looking for older issues we can help you with that.   It is also possible to purchase electronic versions of the magazine on ZINIO for viewing on the following devices: Rim, iPad, WebOS, Android, Win8, PC/MAC. 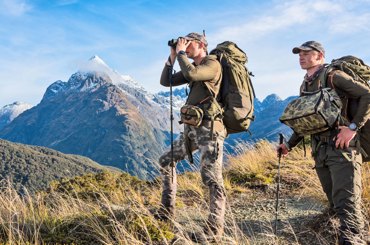